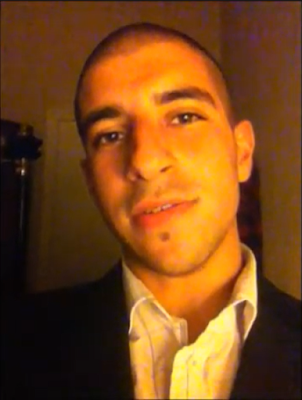 Benjamin Rifkin censored! Another brother in Christ I have listened to on my channel uploaded a video exposing satan's V yesterday, and sure enough, was struck off youtube for a week. The reason being, because the NWO agenda is to push satan's V on everyone and pollute them all, the whole world. Sounds strange? Not so nor is it far-fetched. Already many have died from the NWO V. Many more will. God warned me about it twice to NOT have anything to do with the NWO V. The NWO V is of the devil. The devil doesn't want people hearing that the V is bad on all levels. It is HIS push to bring in the coming Mark of the Beast system. The Antichrist is already here on earth waiting to be given the time to rise. His time will come when God says so. Till then, he cannot rise. God allows things to get worse because the world has rejected God and done evil in his sight. They follow eastern religions, false gods, promote homosexuality, pervert marriage, corrupt children, push the NWO satanic agenda of climate change, left-wing political movement, wokeism, rebellion against God's design for men and women, and a general lack of care about the gospel of salvation. All these things along with increased wicked deeds, and caused all the trouble the world has been under in increasing amounts over the past decades. The warnings have GONE OUT to get ready, and repent of your sins, and have faith in Jesus following him and be ready for his return. The warning to seek a relationship with Jesus while there is still time is still here. The warning to NOT get the NWO V is also a serious warning many have ignored and gone out and done it despite the warnings. There will be no good outcome out of doing that I assure you. The Lord STILL is giving a little time to REPENT and turn to the gospel of Jesus for real and become a serious believer. Most believers are not serious at all. They are believers in word only but their hearts are set on this world. That is why they so easily get the V, follow the agendas I listed above, and in general they are NOT serious about Jesus in their lives. These will be left behind when the Lord returns. And if you die in this state, you risk ending up in the outer darkness forever, with the unfaithful and the hypocrites. Unfaithful believers are not headed to the Kingdom of God. It is true that Jesus has lots of mercy for you who are unfaithful and do foolish things listed above, however that mercy will not run forever. It is the SERIOUS ones who Jesus is going to be listening to when they pray and cry out to Him in repentance. Don't leave it until too late my friends. Many have, and are in eternal regret right now. [Disciple Robert]
Email Post
Labels: Benjamin Rifkin NWO V